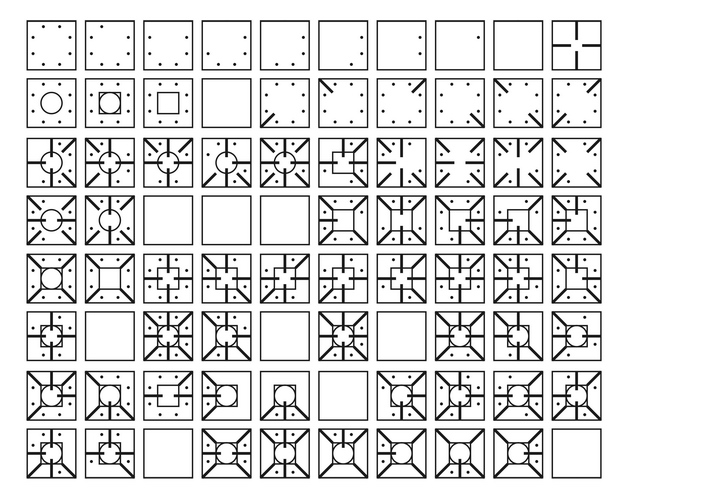 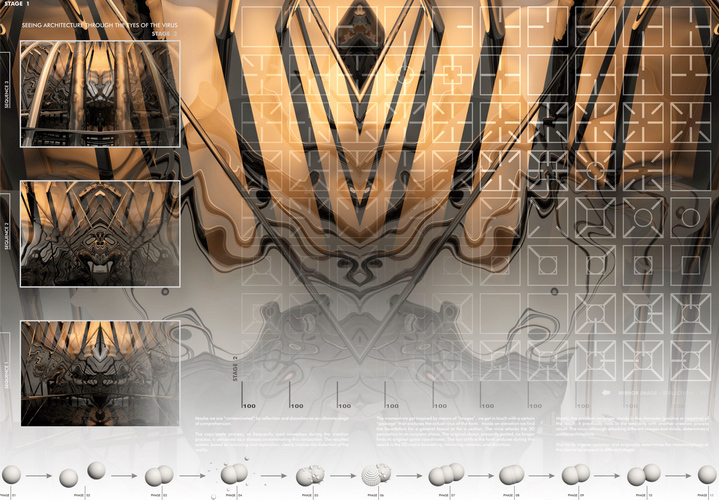 The edge of our comprehension might be indeed tainted by reflection and distortion. The copy/paste process, frequently intertwined nowadays with the creative process, is gradually perceived as a toxicity responsible for contaminating such a conception. The systemic endgame, based on mirroring and replication, clearly implies significant reality distortion. Consequently the very moment when we are visually engaged and inspired, we are simultaneously onto-logically altered by our encounter with a ‘structural package’ that encloses the actual ‘virus of the form’. The virus attacks our 3D perception in an incipient phase. The initial object is unable to find its original space coordinates. The last artifice the form endures during this search is the 2D matrix formatting, consisting of mirroring, rotation, and distortion. In fact, the essence of the process resides not in the result, be that positive of negative, but it practically rests in its resemblance to similar creation processes. The explanation for this replica paradox is to be found in the fact that the virus, while attacking different images and minds, determines similar architectural patterns. Our attempts to impose variations and originality determine singularly the dissimilar end stages of the metamorphosis.  Perhaps ‘ending’ is the exception to the sickness rule, as we only remain able to choose the ‘steps’. However, it is impossible to assert that, subsequently, similar thoughts will not find hosts that are more potent, that other minds will not find paths to continue the process. One can only claim that the core of the process, although intoxicated and over-saturated by elements and symbols, can be chiefly tamed by an individualistic touch. Nevertheless, in the absence of a gregarious contamination, we may undergo a process of separation and differentiation that will perhaps nurture a ‘fatal individualism of the form’.