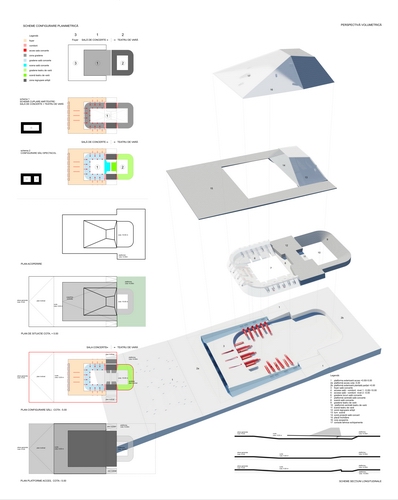 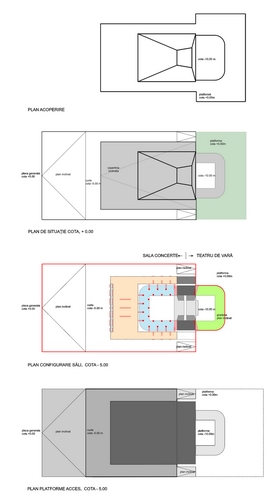 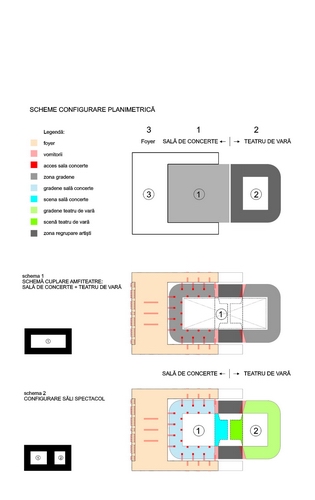 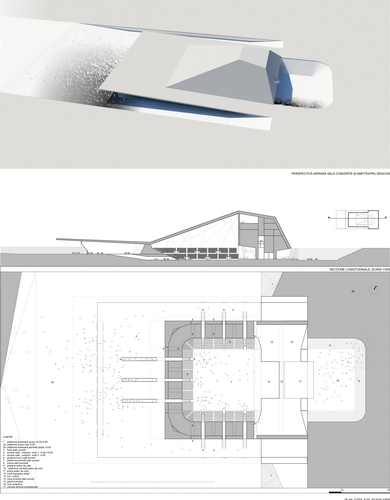 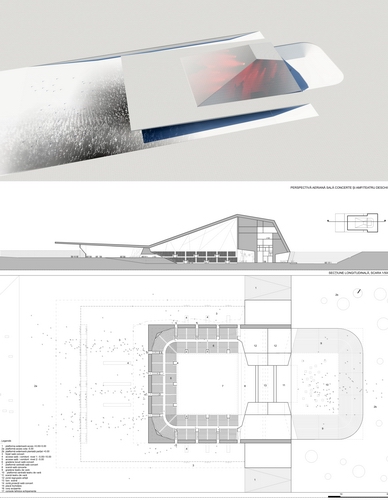 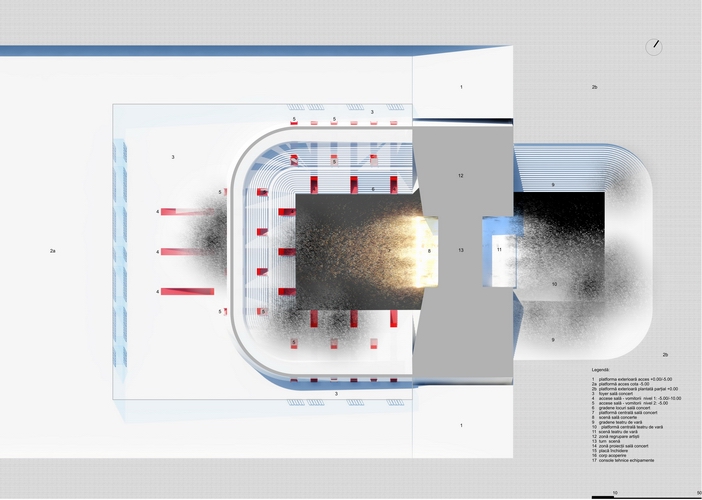 The project is part of “Cultural Campus and Sport Facility 2012” and integrates a concert hall and an open theater facility designed for cultural events. From a conceptual point of view, we proposed an image of a hard-solid object and then imagined its volitation and the ensuing impact with the ground. The initial project was designed to house the main concert hall. Subsequently, the function of summer theater was added, followed by the possibility of hosting sporting events. OZ.23 has particular transformative qualities: by projections on facades during the night events and also by extensions of interior spaces. The interior spaces operate separately but can be connected in different ways depending on the nature of events. Metamorphosis, translated into the ability to re-organize space according to the event, is a distinctive feature of this project. The typology of spatial and functional organization seeks greater flexibility in the interior generating volumetric compliance in various ways. Diversified variants coupling spaces horizontally or vertically translate into: 1.The possibility of expanding space for performances by coupling the two central scenes; 2.The possibility of extending the central space assembling central scenes, filling bleachers to support activities for shows or also for sporting competitions (capacity for expansion in this embodiment in terms of the functional reorganization of the central area bleachers and the accommodation for a number of approx. 20,000 spectators); 3.An expansion space for performances or other activities in the foyer area with extension towards the adjacent outside space on an inclined ramp through which you can access the central objective; 4.Functional reorganization and formal concert hall for activities associated with varying degrees of employment etc.