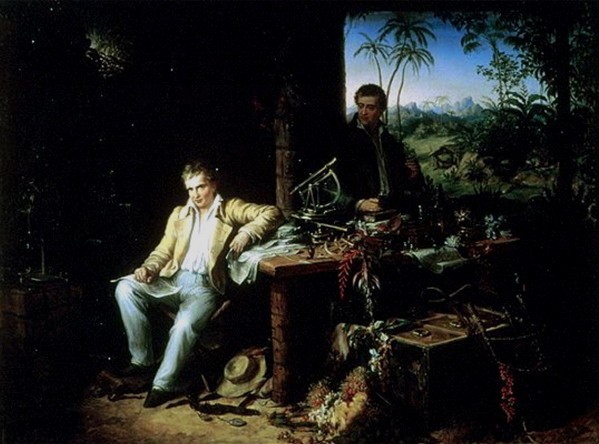 An Interdiciplinary Workshop devoted to Morphogenesis

DISCOURSE ON THE MIMETIC FORMS IN ARCHITECTURE: APPEARANCE DETERMINATION BY MORPHO-LOGIC

a lecture about “morpho-logic hypostasis of architecture mimetic  forms”

“We live in illusion and the appearance of things. There is a reality. We are that reality. When you understand this, you see that you are nothing, and being nothing, you are everything. That is all.” – Kalu Rinpoche Mimesis is a basic theoretical principle in the creation of art and, by extension, affirms the standard in architectural creation. In morpho-genesis of architectural forms mimetics are playing a key role. The process of mimesis as a creative particular mechanism, a priori determined by the idea of models, is followed throughout the analysis. Moving beyond the premises of a self-sufficient architecture, the paper tips the descriptive balance in favour of the imagined examples of architecture, showcased as complex contemporary models. The analysis focuses on the morphic determination, thereby limiting the research area to the determined form by mimetic logic, and excluding the iconic reproduction or the copy by resemblance examples.

Starting from the theoretical background by re-defining the architecture mimesis the analysis proceeds in augmenting a typology based on a different logic of creation. Consequently, the paper follows the distinct mimetic categories underlining the specificity of the process. The method uses the inventory as the foundation for an architectural materia prima and employs system analysis by correlation as an additional analytical tool. The study aims to highlight common logic and specificity in mimetic logical determinations. The applicability is to be found in the study of architecture design and architecture theoretical studies as complex aesthetic phenomenon. As stated in the title, the methodology subscribes to the discourse structure.In the footsteps of Michel Foucault, a study approached as discourse targets to expose “an entity of sequences, of signs, in that they are enouncements”. The analysis by discourse complies with the core requirements of the intellectual traditions: to investigate and to determine the relations between language and structure.

Logic of form as adaptive behavior

Pertinent mimetic forms in contemporary architecture direct the phenomenon of form creation towards the appearance determination by behavior: mimicry, camouflage, etc. When discussing the morphism, the examples range from fantastic to authentic architecture, speaking frequently about a fascination for the metamorphoses, specific for both the imaginary and the real environment. The architectural body anthropomorphizes, additionally being endowed with the magical properties of the animals and nature; it dissimulates its appearance by means of borrowing.

From nature architecture borrows mimicry as similarity to another specie, similarity in appearance, behaviour, sound, scent and location, in part or in whole; The camouflage as a surface language or form language also respects the naure’s definition of mimicry as the similarity of one species to another, which protects one or both. Discussing the term camouflage, Neil Leach insists on the connectivity and relationship with nature, translating the architecture interface as a responsible reaction to the environment. (Leach, 2011)

The romantic camouflage is the reference architectural language in the heart of nature, in the wood described in The Brothers Grimm.(The Brothers Grimm, 2005) In contrast to the realism of the medieval village, the film director Terry Gilliam designed the forest relating to a historic time of building in ruins. Architecture is equated eaten and decomposed in nature with reference to the specific exacerbation of Art Nouveau’s zoomorphic flows. A real counterpart is the Ninfa Gardens/Giardini di Ninfa, via Pedemontana, Volsca, Lazio, Italy, a romantic park in surface of 1852 hectars, developed on the ruins of the medieval village abandoned in the 17th century. Contemporary architecture takes the natural order, and, in a folding motion, dismantles and reaffirms the garden – earth construct. In the proposal for the Quai Branly Museum – Paris, France- contemporary architect Jean Nouvel defines clearly the object of architecture in relation to the paradise garden. The North facade facing the Seine resembles a vegetating oversized carpet perforated by windows, Nouvel providing therefore an image of a building submerged in vegetation. Operating with the same language parameters, the camouflage becomes total in the vertical garden at CaixaForum Madrid, 2008; envisioned by architects Herzog & de Meuron in collaboration with landscape designer Patrick Blanc. “Camouflage, then, is understood here as a mechanism for inscribing an individual within a given cultural setting. Camouflage constitutes a mode of symbolization. It operates as a form of connectivity.” (Leach, 2011)

Actually, the ornament, in the sense of clothing, is the premise for camouflage, imitating nature appearance by decoration, lending material, concealment, allegorical re-composition, commonly associates in cinematography with the Art Nouveau and Naturalism language. The Kay Nielsen’s drawings illustrate fairy tales and folk stories by using the Jugendstil and Art Deco movement language. Grotta di Buontalenti illustrates the camouflage, by artificial recreation of the16th century cave in the Pitti Palace’s garden in Florence, 1583-1593. The linguistic Style is treating similarly the architectural construction and the perimeter characters reproduced in natural size- shepherds and deities. Buontalenti and its precursor, the Italian painter Archimboldo (1527-1593) founded in the 16th century Mannerism, the resource for body decomposition and morphic reformulation by agglomeration. Both the zoomorphism and the geomorfism become by isomorphic extension the stylistic transformations of the matter. The 21st century resumes the fantastic Archimboldo’s or Buontalent’s romanticism, with extracted forms from the ocean in the terrible vision of director Gore Verbinski (in collaboration with Tim Burton) for the crew members of the ship Flying Dutchman. (Pirates of the Caribbean: Dead Man’s Chest, 2006) The metamorphoses of the pirates reuse the mannerist compositions of G. Arcimboldo – from cycle of “The Four Seasons” and “The four elements” – an expression of nature that assimilates aging bodies.

Authentic architecture generally tends to interpret the camouflage in the tectonic direction – the form’s primitivism, the lunar landscape, the topos rediscovered – and it seem to cause the same fascination as the flamboyant shapes, the trend that was present in the 18th century architecture ornamental vocabulary. The hobbit’s village illustrated recently in The Art of the Hobbit, after the original drawings of J.R.R. Tolkien, is the idyllic framework where the houses are incorporated in the site – a poetic position similarly reproduce by Friedensreich Hundertwasser in his Thermal Village Blumau – The Rolling Hills, Blumau, Austria 1993-1997- and Quixote Winery – Napa Valley, California, U.S.,1992-1999. (Tolkien, 2011)

At the object scale, Jean Nouvel proposes a tectonic body Peirao XXI in Viro port, Spain. Perforated surfaces flow dressing the created vertical body in a stance analogous to the ground waves that build. The geometry introduces not only a constant ratio in context; the repetition, the order, disorder are behavioral manifestation of the surface which evolves grace to the “particles” fluidity beyond the common flatness feature. Nature reconstitutes itself as an alternative to commercial culture, as far as can be seen in the extension for Kartal, conducted by Zaha Hadid – Pendik Masterplan, Istanbul, 2006. (Hadid, 2006). Visual similarities with the Cappadocia’s lunar shapes are especially perceptible in the sections presented, which borrow the language of the tectonic cones reconstructing the contemporary silhouette by resemblance to the original landscape.

In conclusion, in an interpretation in the line of Neil Leach, the camouflage means both appearing and disappearing – to appear in the splendor of change, of the lending materials, of the different chromatic and distinct shapes, respectively of apparent disappearances, in a game of seek and hide. In a magic game of the illusion, the construction appears, disappears, disguises itself, and mimetically imitates the models of nature. Through the architecture of the surface, the body is introverted or extroverted, adopting a typical stance versus the surrounding world.

… more on 30th may 2014 at conference site: ROMANIAN ACADEMY and CARO hotel.

On Form and Pattern, Humboldt Kolleg 3 comments on “On Form and Pattern, Humboldt Kolleg”